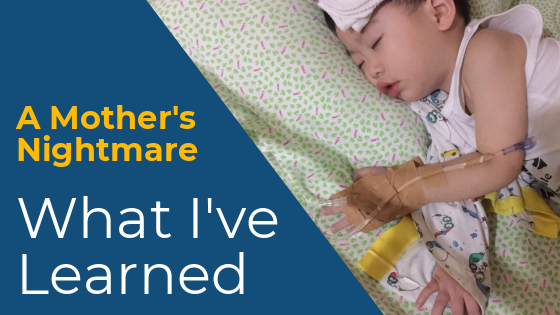 I still choke up talking about it. Sure, I may laugh it off and it may seem like an overreaction now, but that night was the scariest moment of my life.

It started as an ordinary, normal, regular day. The afternoon was just the same, except out of the blue, Siris’ woke up from his nap with a fever. I mean he felt hot, but maybe it was just the weather. I mean he wasn’t hot that morning.

I remember hearing him laugh on his own for a few minutes on his bed, which I took as an opportunity to continue working. Then he started to cry or fuss. I just use fuss whenever the kids make “annoying” sounds. But of course, because I find him irresistible, I went to him and tried to console him/play with him. And yes, he was still hot (which I just brushed off as the usual, viral fever). I tried doing sponge bath on him and taking his temperature too, but he was just being difficult so I gave up.

I should’ve paid more attention and took it as a sign that something was not right. I should’ve… I should’ve… 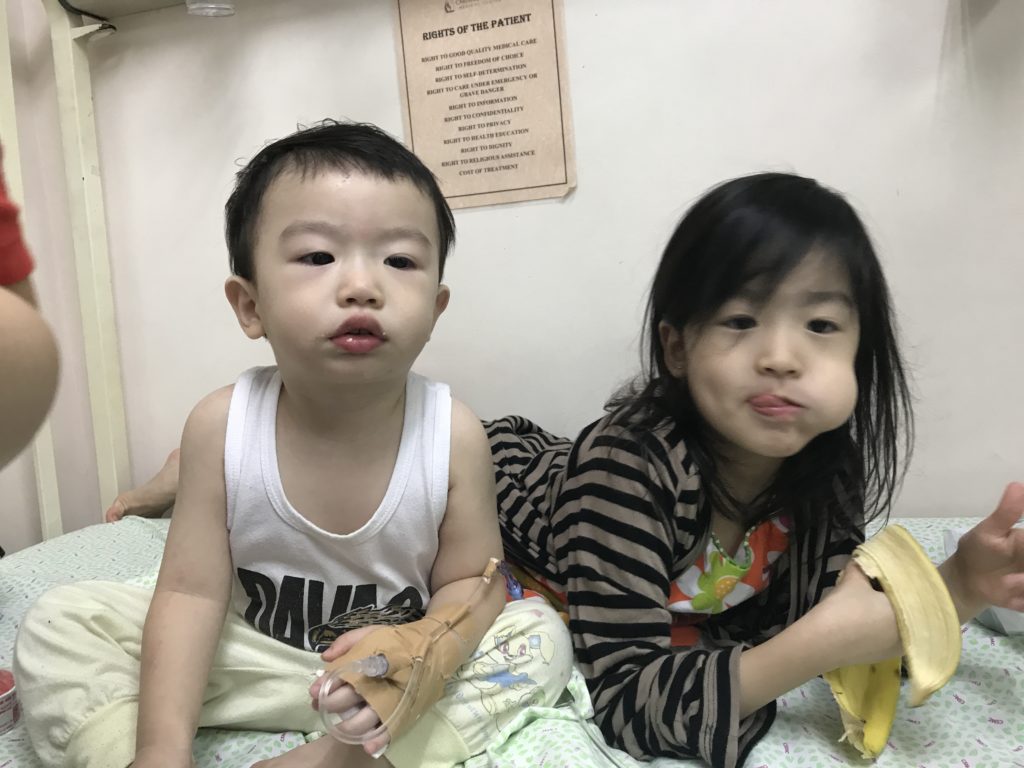 Waiting at the emergency room.

By this time, his sister had already woken up from her nap too. So I invited them for their afternoon snack (and also to take Siris’ mind off of his fever, which I think was making him “fussy”). And because I was feeling happy and rested (they did nap at the same time, giving me about 2 hours of “me time”), I let them watch their favorite cartoon show. I gave them their healthy orange fruit snack and started preparing for dinner.

Tonight’s dinner will be a feast, I thought. Roast chicken stuffed with herbs. One of those rare moments. Home cooked meal. The chicken was in the oven. The dishes washed. I had it timed right. So now, time for their bath.

Their bath never came that night. Not for Siris at least. In about 30 minutes time, we were out the door and on our way to the hospital. I just realized now that it all happened in less than an hour. It seemed longer. Eternal.

I remember him saying, “Done na. Done na.” stating that he was finished with his snack. It must have been just about 5 minutes after that, that I finished washing the dishes as well and was going to get him. As I reached him, I noticed that he had his head hanging backwards, his eyes looking up, almost reaching the back of his head, or dazed, or as if sleepy (which I thought was weird because he just woke up from a nap). And I realized that he had no control over what’s happening because as I call him, as I ask for him to look at me, he couldn’t. That’s when I got worried. Really worried. Panicked even. 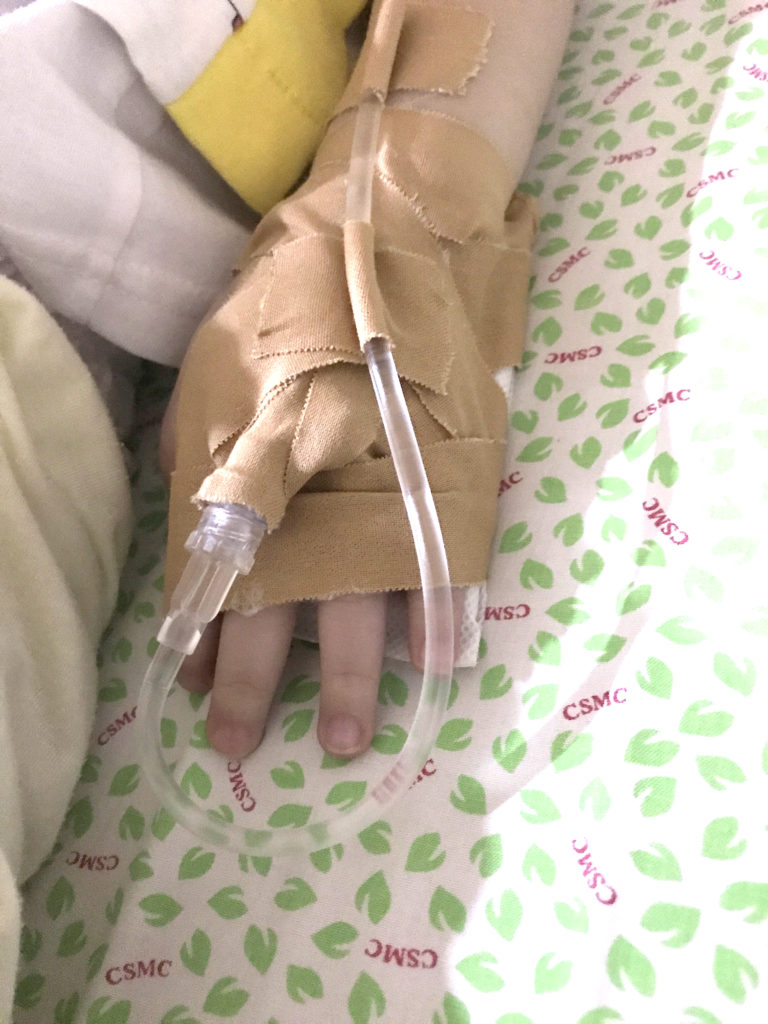 I had to keep calm. I listened for his heart beat. It was there. Was it slow? Different? I wouldn’t know. But he’s breathing. I thought about calling my husband. But what could he do? He’d probably be too far away. I should call my sister. She’s a doctor and she’s probably just nearby. Hopefully. Drive the car to the hospital? How do I do that with one sick kid and a 4 year old? Ask help from the neighbour? Get a taxi?

I decided to call my sister. My sister has been living with us and was just out for the night. She was probably nearer to us than my husband. I called her and asked her to come home. I remember sounding worried but still calm that first call. The succeeding calls I made to my husband weren’t. I couldn’t even make out sensible words anymore. I was just crying.

She mentioned that Siris may have been experiencing seizure at the moment. That I should just make sure that his breathing wasn’t compromised. That was the only time I recognized it, the seizures.

I held my son. Tried to console him, keep him conscious while waiting for my sister to come back. Light noticed what was happening and came over to us. She asked me what’s wrong with her shoti (little brother), and I didn’t know what to tell her. I think I might have said something like, I don’t know, he’s sick. It’s gonna be okay. And I remember her calling her brother, too. Saying, it’s okay it’s okay. 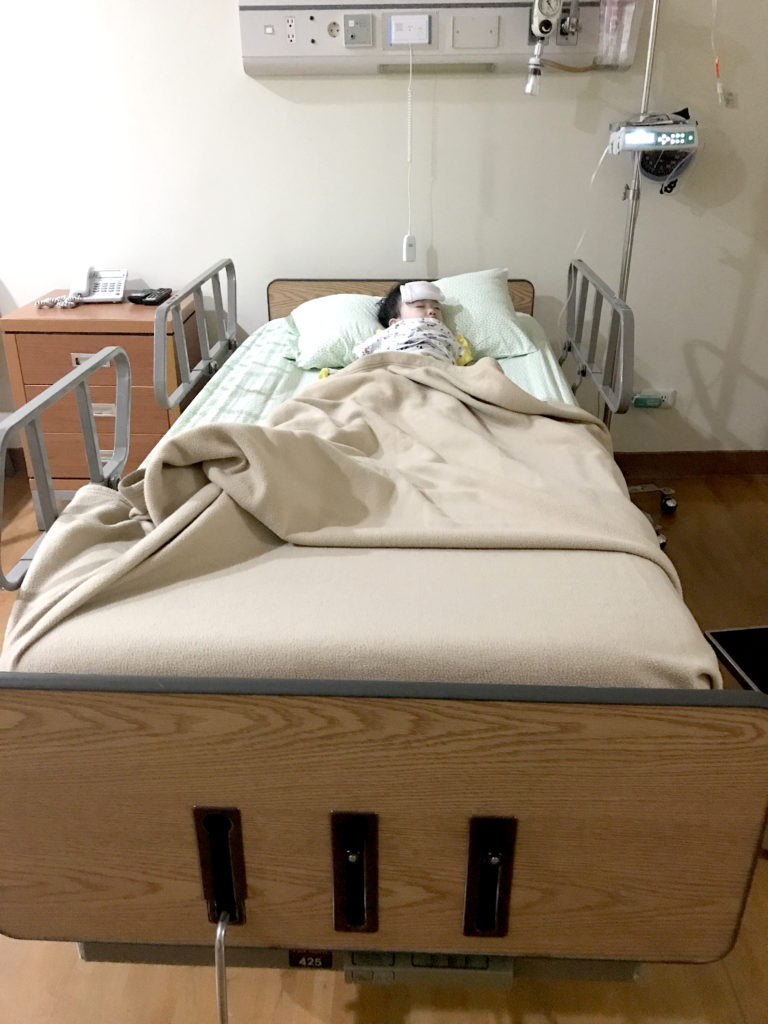 A few minutes later my sister came. I think in less than five minutes we were out the door. I got with me our ever so trusty diaper backpack. I managed to put in my wallet, a battery pack and some jackets along with what was already inside. Off we went to the hospital.

On our way to the hospital, Siris became more and more conscious. As I told my sister what happened, she already suspected that it was probably febrile seizure. But since it was the first time that it happened, we should still go to the hospital and have him checked out.

As soon as I saw Siris come back to his usual self, minus the outburst of cries because of the doctors and nurses doing tests on him, I felt more at ease and thankful that it wasn’t anything worse. It just happened so fast. He was okay one moment, and the next, his fever shot up so high. It got so high that it caused him seizures. 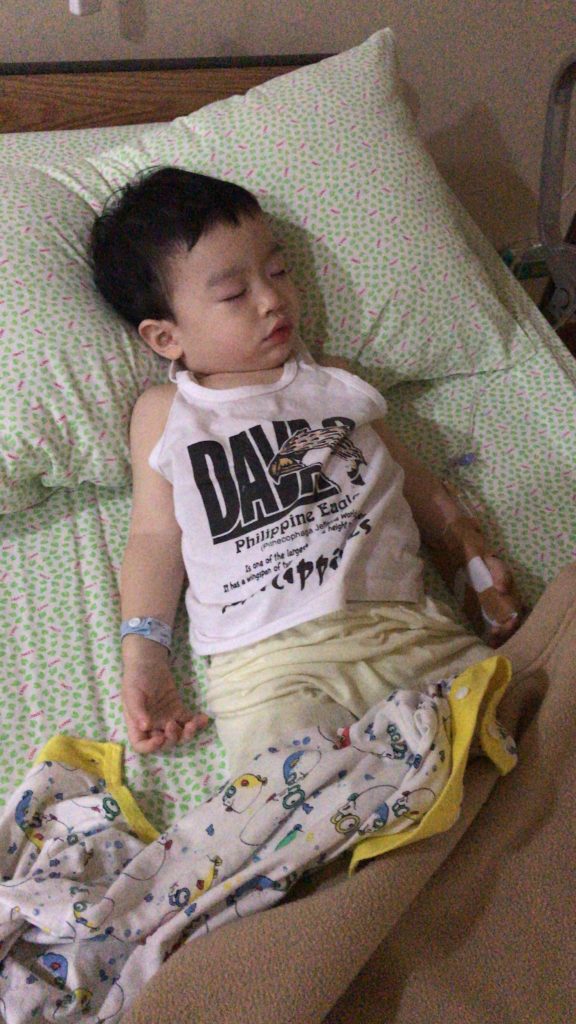 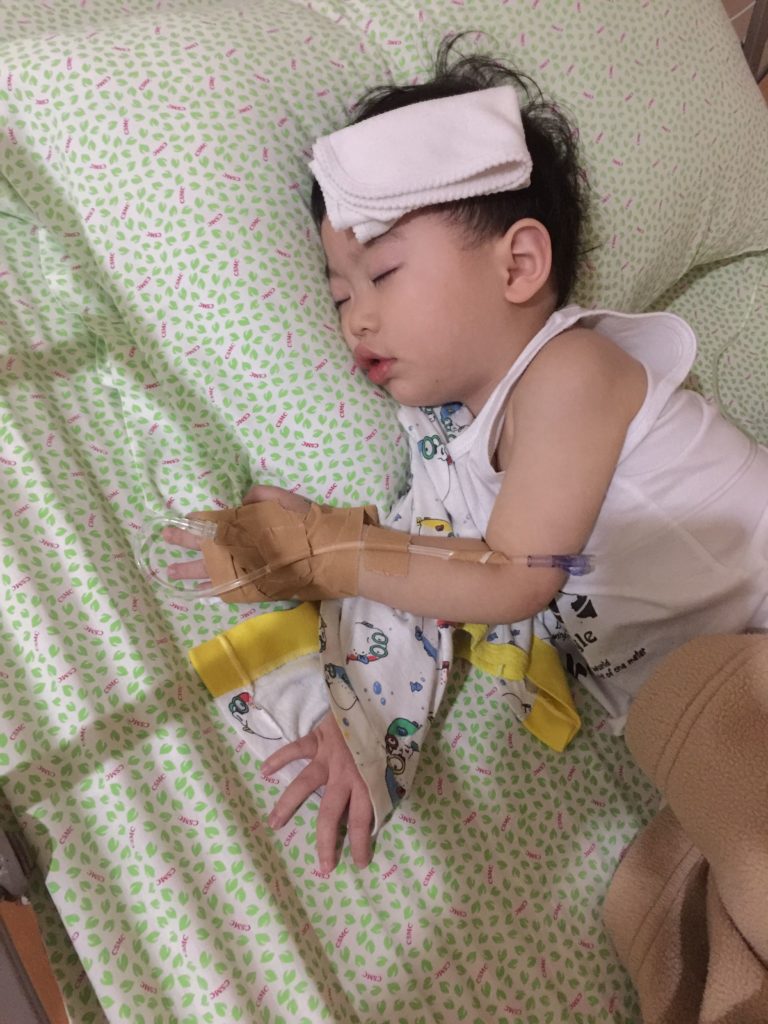 A simple fever that I dismissed. I blame myself. How could I not? At the end of the day, I’m the one responsible for them. I’m their mother.

What have I learned from this? NEVER UNDERESTIMATE A FEVER. No. I realized that I’ve been taking my kids for granted. It seems that I always talk about them like they were hindrances. Or maybe they are just too handful. And I guess the higher being that be wanted to remind me of that and how I can lose them both in just an instant. 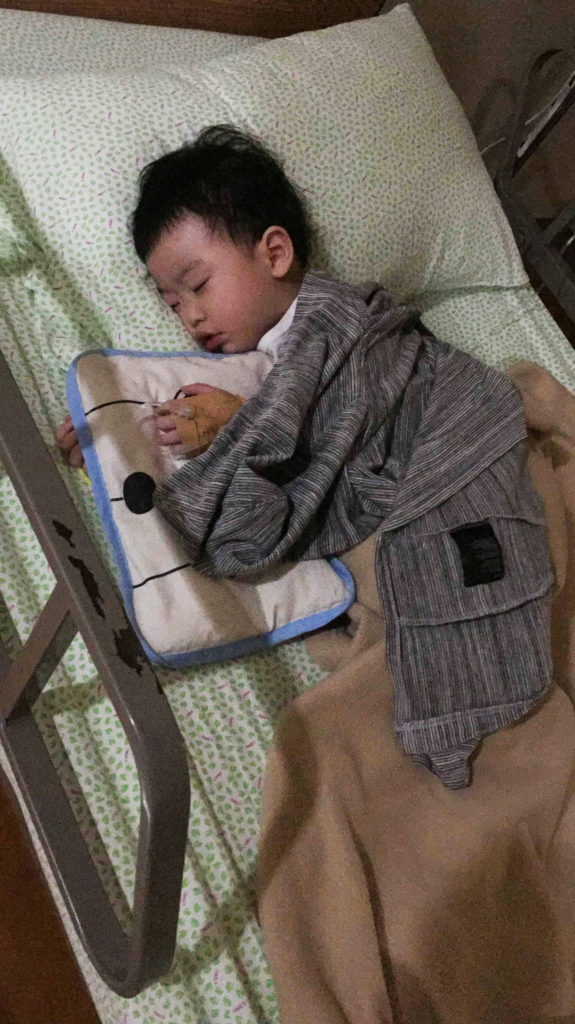 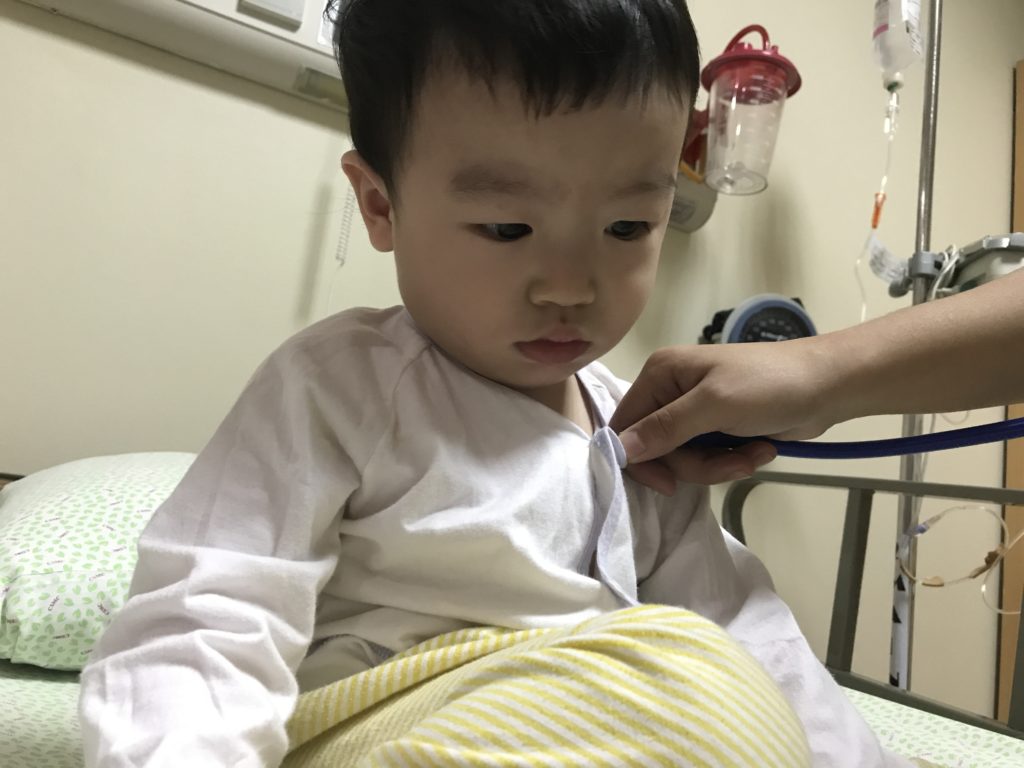 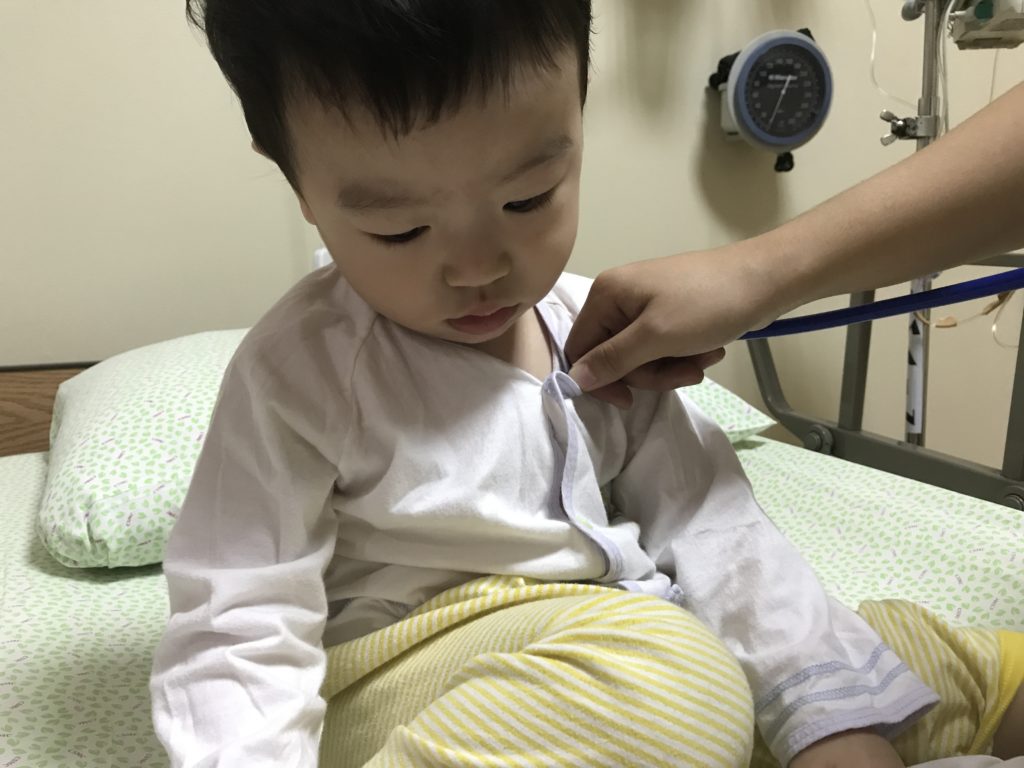 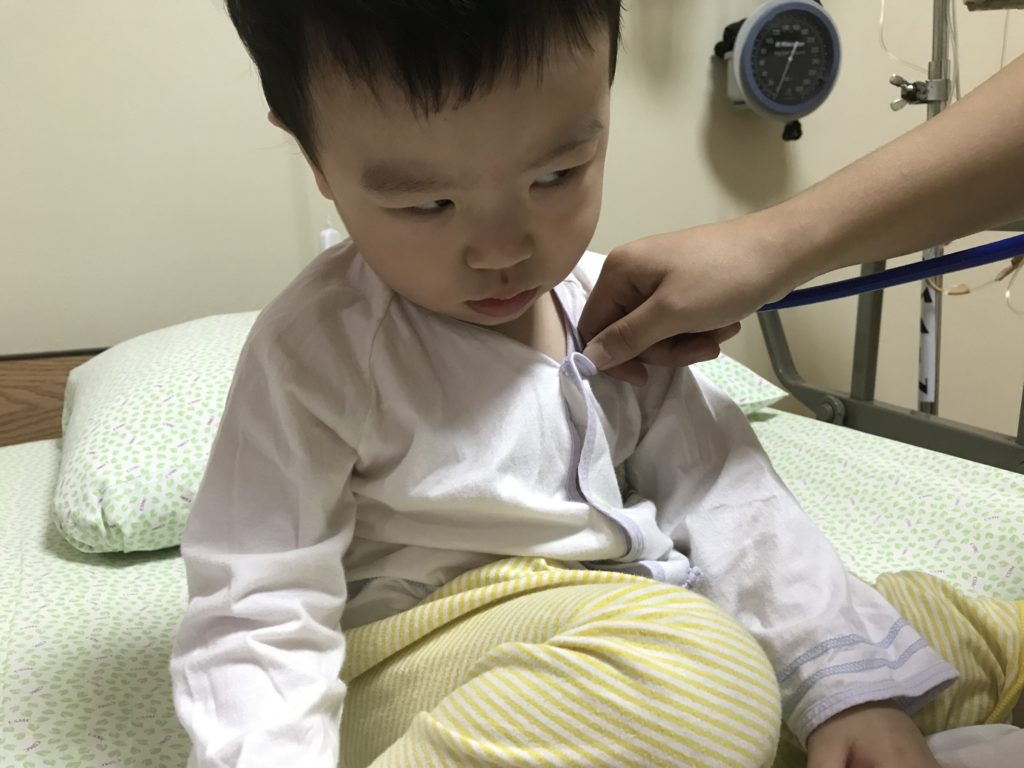 I guess this experience will be the one I go back to now whenever the kids are being difficult. Just so I’d shower them with more love instead of shouting at them. 😛 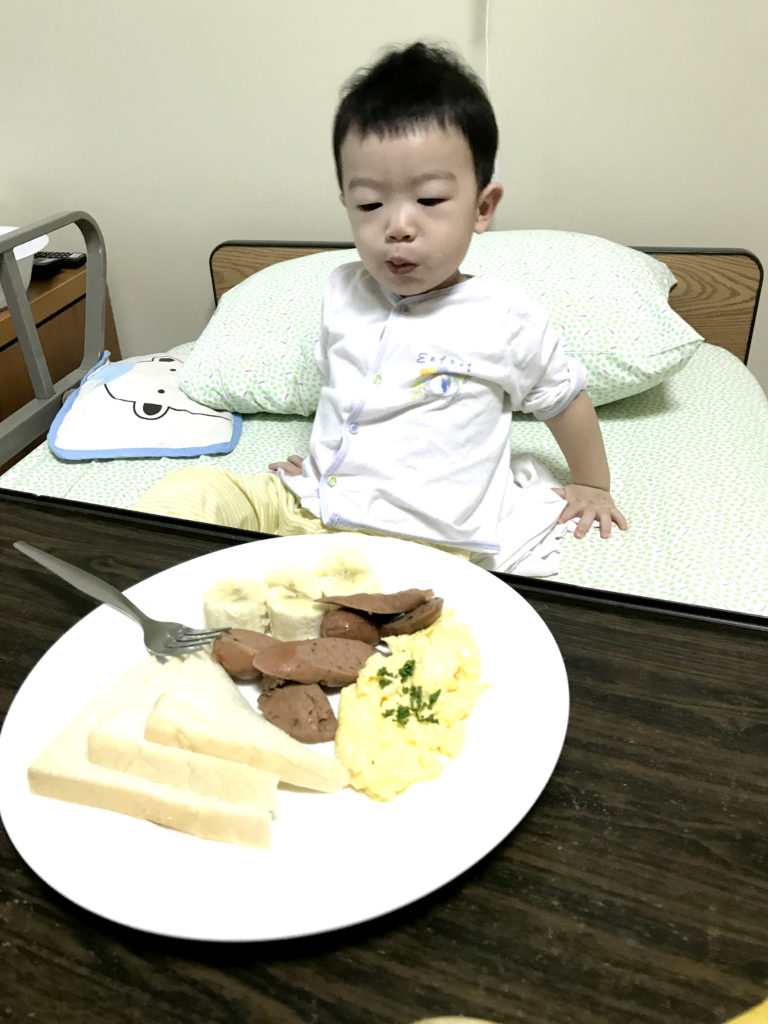 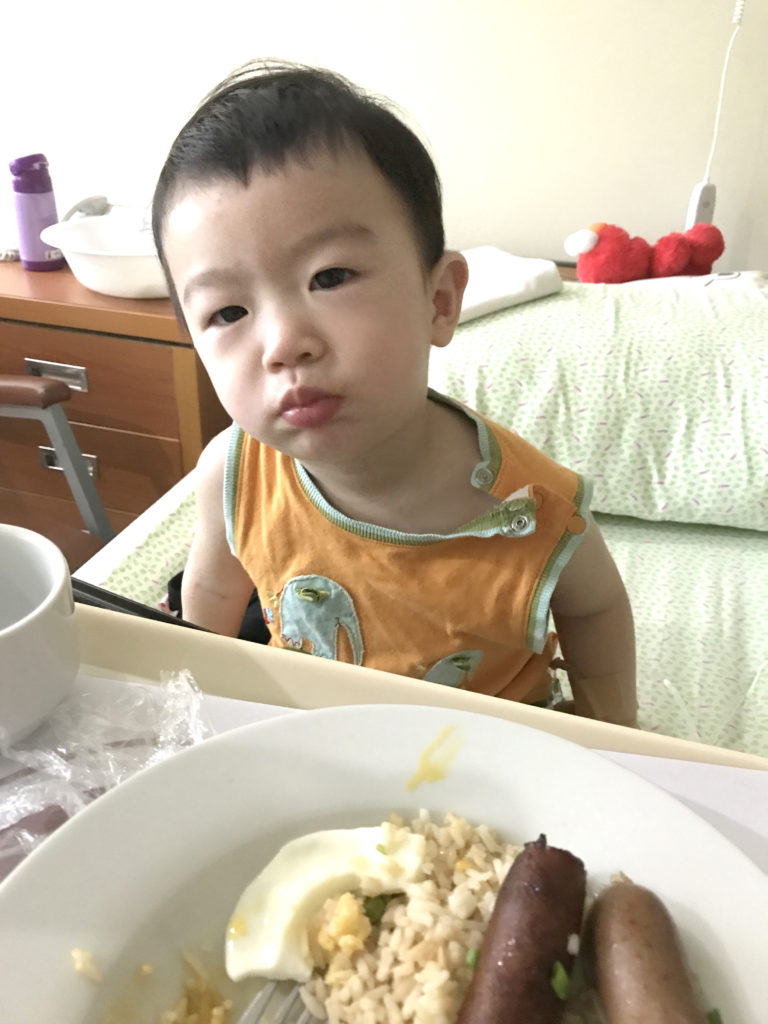 By the way, for Light’s view of the whole scary thing, you can listen to her podcast here. 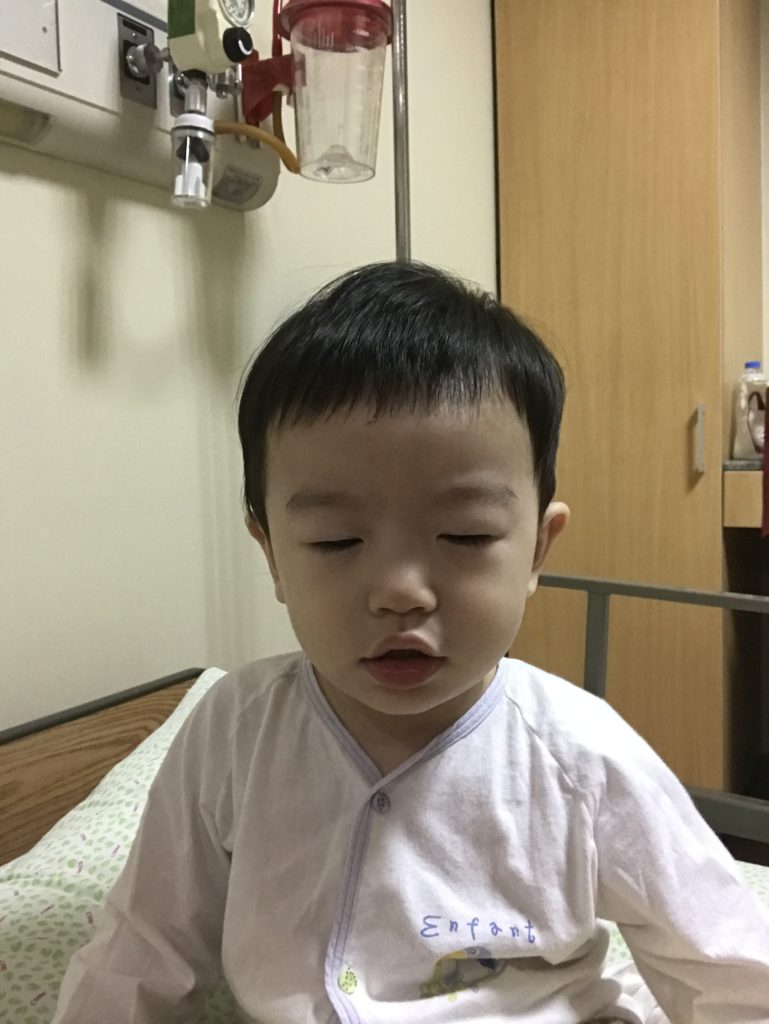 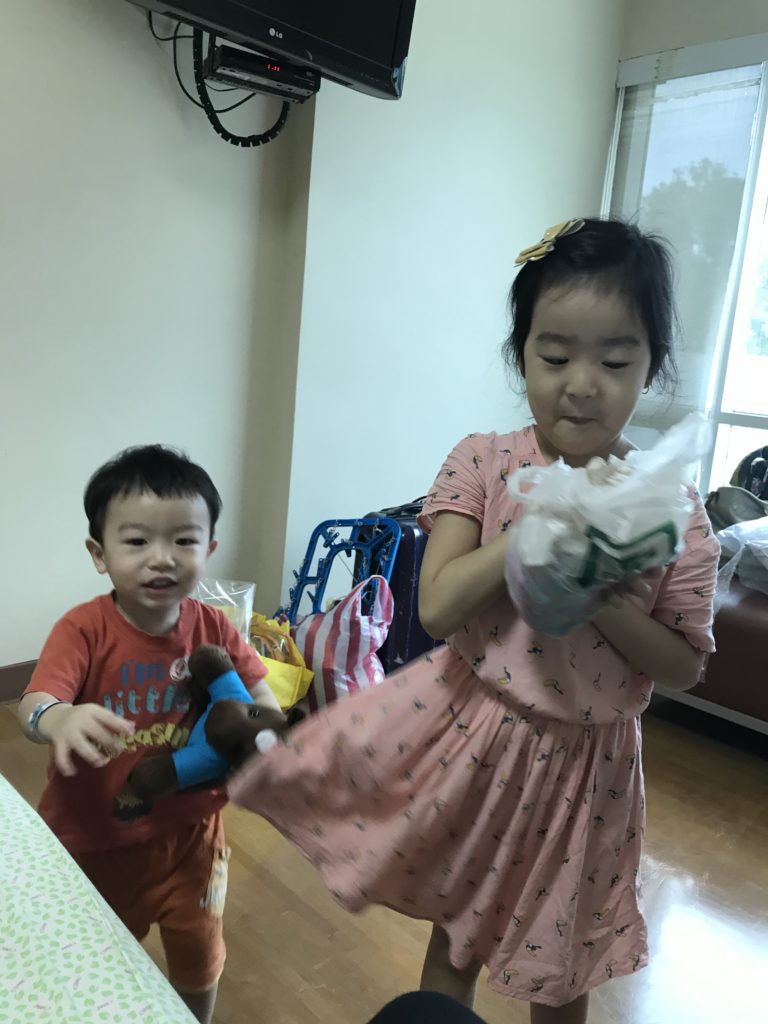 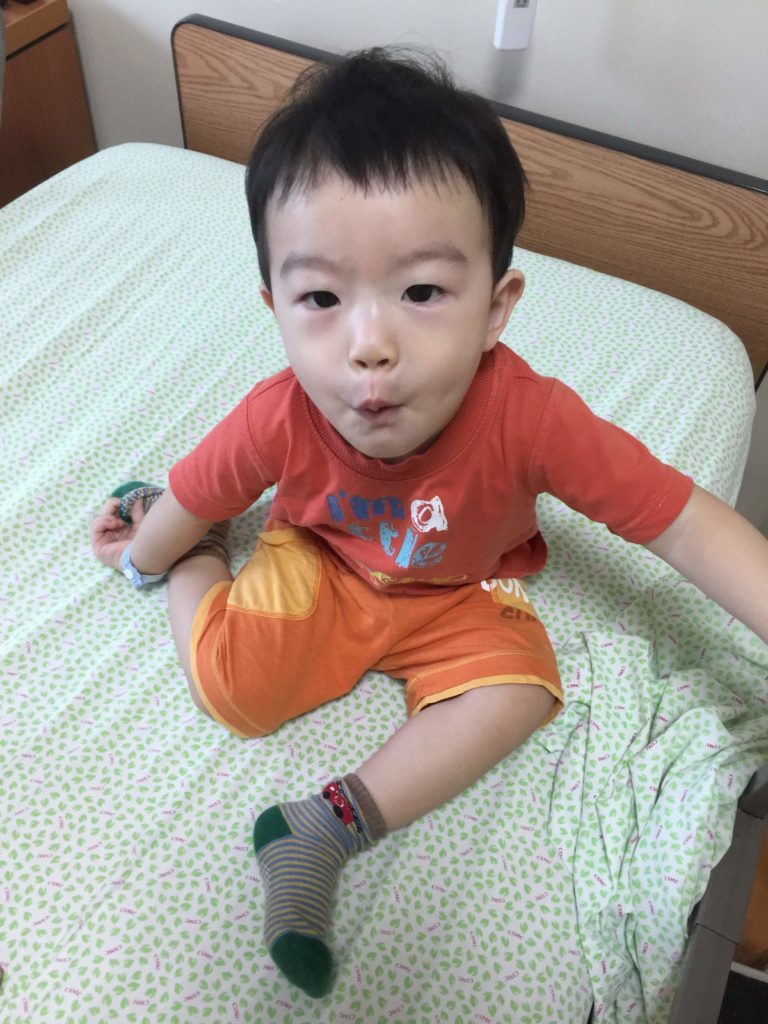 Aside from that important learning experience, I also learned that… 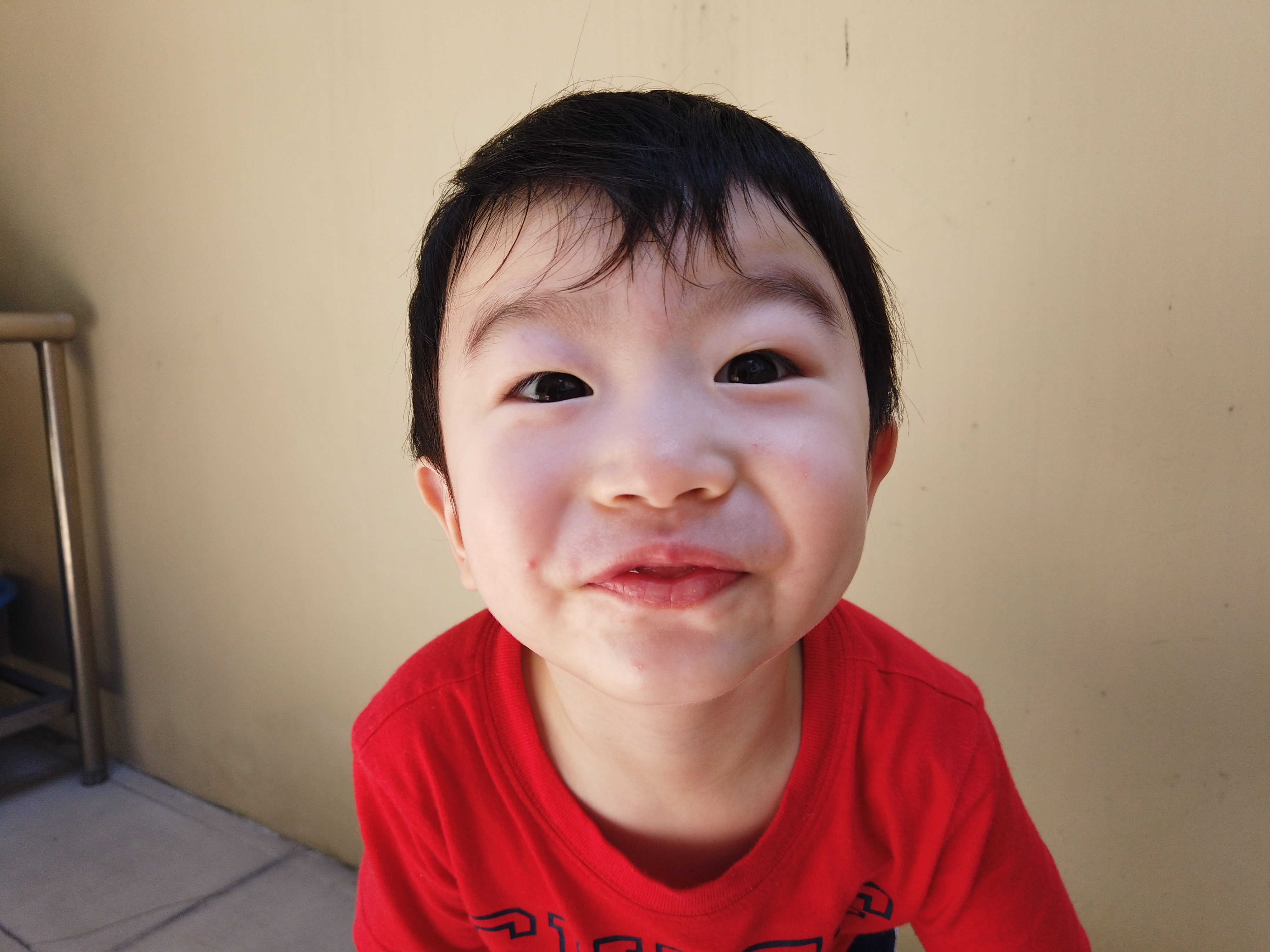